You are sharing what?

Back at year end, I wrote a blog called “Data privacy in the digital age”. It talked about how data privacy, data sharing and personal control of your data are an important dynamic gaining steam. With the EU General Data Protection Regulation (GDPR) rules kicking in, it’s hard to imagine that over the past 4+ months since that post, we’ve had these incidents be reported:

It is natural for large and well-known companies to be the prime target for attack. They are the ones with the treasure troves of data and thus more reward from the effort to attack. They also have more resources to protect the data they host. Therefore, we have a constant battle waged between the opposing parties, one to access, one to protect. 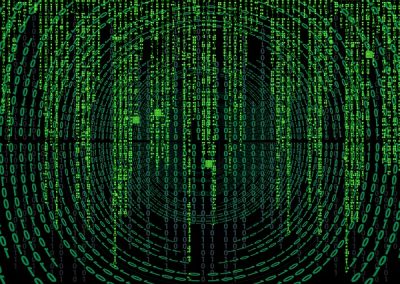 The data we are sharing

Each year, we are producing as much data as we had in all the years before this and that’s easy to imagine. Apart from the emails, phone calls and SMSs we send, we might not even recognize that we are producing data throughout the day. The drive to/from work has us sending back travel speeds so Google can draw traffic maps. Rolling over a loop detector lets the transportation department trigger a traffic light and report travel times. The purchase of lunch on the credit card reports the amount to charge and credit the restaurant. The posts, likes and shares on Facebook, the clothes you looked at on Amazon, the song selection on Spotify, the movie you stream on Netflix, all data being generated and collected about you.

Some of that data is used to help curate content and customize things to “improve your experience”. But it is also being used to help sell you stuff and allow advertisers to target you. The data has to reside somewhere. Certainly having a place to backup your data to prevent losing important documents or photos is good, but perhaps the data doesn’t need to be controlled by someone else. Perhaps you should be in control of what you share, with whom you share it and maybe even be able to rescind sharing it with others when you decide to so so.

The recent Facebook – Cambridge Analytica (CA) scandal had first enabled CA to gather information about you and your friends. Then they promised that they had deleted the data and hadn’t shared it with others (per the FB usage policy). Well, we know how that turned out. I guess you can’t fully trust others to delete or protect your data as closely as you wish to do yourself. While it is a sad reality, that’s the truth. With the current “digital” generation used to sharing everything, taking control back of your data will be a challenge, but it is something that we ultimately need to do.

P.S. – Here’s a list of the 25 Most Common Passwords of 2017 (from Fortune Magazine). Are your passwords there? Maybe it is time to change them!